Let’s have a bit of a debate about The Tom Robinson Band. 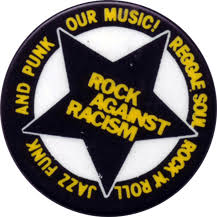 As musicians, they were pretty good; Danny Kustow’s guitar comes from the rock tradition and the Tom Robinson Band attracted fans who couldn’t be doing with the more ‘incompetent’ end of punk – like, say, The Slits.

“Soon A&R men were popping in at all their gigs. There was one small problem – a song in the band’s set called “Glad To Be Gay” that is one of the most convincingly angry and sincere performances you will ever hear in all of rock music. Even some of the punk independents who were supposed to be willing to take chances shyed away. Stiff Records president Jake Riviera called them “fucking queer music”.    Steve Gardner

Gardener goes on to explain that TRB were signed up by EMI for an alleged £150,000:

“Maybe they felt they needed to restore credibility after cutting loose the Sex Pistols, or maybe they felt more comfortable with homosexuality than with anarchy.”

Their first hit 2-4-6-8-Motorway was a sure-fire stomper that went to number 5 in the charts. I quite liked it but didn’t really think that it was a punk band. When the ‘Rising Free’ EP came out soon after, the ‘Glad To Be Gay’ song on it was banned by the BBC, but the band got plenty of publicity.

For me, it was a revelation. As a 1970s child, I’d had the idea that gay meant camp, funny men like John Inman in ‘Are You Being Served?’ The conversations that Tom Robinson’s ‘Glad To Be Gay’ opened up have continued to drive positive social and legal change ever since …. just like an LGBTQ2-4-6-8 Motorway.

If there was any doubt that the Tom Robinson Band were proper punks, this song, ‘Up Against The Wall’ proves it. It has the style and anger of The Clash, the political vitriol of John Lydon and the obligatory shouty tuneful chorus. Danny’s guitar solo is a wee bit long and Robinson’s initial simple bass line walks into bluesy funk on the chorus, but it’ll pass as true punk!

And now the debate.
How do you best show that you regard women as equals and want to show support for the feminist and lesbian part of society?

One way would be to have a gay woman musician in the band, contributing to the songs. Just saying….

Another is for the blokes to write a song saying that they regard women as equals and want to show support for the feminist and lesbian part of society.

But when the Tom Robinson Band created ‘Right on Sister’, the criticism wasn’t for being a bit patronising and speaking for us… no, it was because the song was too extreme and feminist. In a review in Rolling Stone magazine, Dave Marsh said:

“This kind of strident proselytizing would be much better off obscured by feedback.”

At the time, I didn’t mind it at all. It was the 1970s; everyone was supposedly white, male straight and middle class and it was so much harder to speak out then. The Tom Robinson Band was clearly a musically competent outfit promoting all the right political causes and that in itself was good. I was sure Tom was on my side and not doing a Bob Dylan ‘Just Like a Woman’ …. but what if…… what if Alice Bag had joined the band  to make the Tom Robinson Bags? or would the name have to change then?

It’s hard to maintain credibility over time as a ‘right on’ band. After a very successful first album, the Tom Robinson Band struggled with creating more songs. Expectations had been raised and a political straitjacket encompassed whatever they did next. Critics had an easy time saying ‘sell out’ or ‘same old boring political stuff’.

All the members of the band have since gone onto substantial music careers: Tom Robinson is a BBC Radio 6 presenter; others are session players and have toured with  Stiff Little Fingers, Elton John, and The Hollies amongst others.

So, in conclusion, we think you did a good job at the time, Tom, and your role in changing attitudes is worth a nod from punkgirldiaries.com. But if you want to do ‘Right on Sister’ for some reunion in the future, we recommend giving Alice a call.