Friends Clare and John would put on 7″ after 7″ for us to appraise, admire and mainly pogo to. John’s first floor flat had thin, wooden floorboards and so the three of us jumping up and down to Buzzcocks, Swell Maps, Undertones and X-Ray Spex must have been unwelcome for the ground floor resident in 1978. That was my understanding of punk as a school pupil – it was fun, smart-arsed and very danceable for those of us who weren’t into disco. I don’t think we ever just sat and listened to any of John’s records. 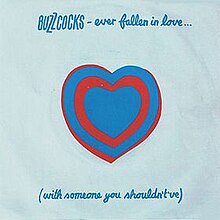 A couple of years later and I was away from home living in student halls of residence. For the first time I found out how prog rock fans and hippies took their music. There was no jumping about, no mad enthusiasm, just an earnest, knowledge-based sit-down aural appreciation. Admittedly, it tended to go hand in hand with the sit-down drugs of that era, but I really missed the jump round your bedroom positivity of punk.

Eventually I did meet people who were a lot more punky, but even they were sit-down punks. In their student bedrooms, they didn’t thrash around to the new Clash album. No, they made everyone sit down in the dark and then they’d play the punk songs that work in that context.

A 1977 release by US proto-punk band, Suicide – ‘Frankie Teardrop’ is terrifying and even more so in a pitch-black room. According to Nick Hornby, it’s a song you would listen to ‘only once’ but it was a regular lights-out song for us. At the time, I never pondered on the theme of murdering one’s wife and child and I feel guilty that such violence once provided sideshow scares for me.

The other song that the sit-down punks would listen to in the dark is Land by Patti Smith. With references to Rimbaud, Jimi Hendrix and William Burroughs, it’s another complex narrative  with world-shattering possibilities.

I do love Patti Smith and I even sit down quite a bit these days, but you really can’t beat a bit of jumping around when the urge takes you!