By 1980, such was the proliferation and availability of new music, that it became practically impossible to keep up with everyone and everything. Paths had to be chosen, and allegiances had to be made, because now just liking “new wave” was too broad a 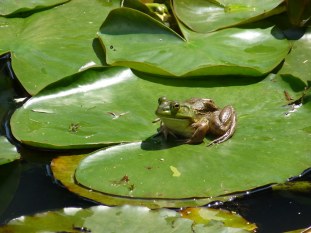 brush. In a world of new possibilities, each band or movement became like a lily pad in the great pond of available pop. Hopping from one to the next, we could stop, look and listen, and then for better or for worse just hop onto one of the neighbouring pads and do it all again. Inevitably, some lily pads became more popular than others, and some remained as small but perfect platforms of the very niche. In one small provincial town at least, there was one lily pad in particular that became something of a monster, and within a few months was of such a of scale that it probably could have supported it’s own airport.

The Cure’s early records had been unmistakably post punk. They were all Peel sessions, V-necks and anoraks, they were anti-image, with “don’t care” haircuts and a pop sensibility. A bit like the Buzzcocks, The Cure leaned towards championing the under-dog, hanging their songs around a catchy chorus – even if they did reference books none of us had heard of.

Their first album “Three Imaginary Boys” was released in May 1979 after which the band toured with Siouxsie and the Banshees, with Smith even stepping in when Banshees guitarist John McKay quit the band mid-tour. Tracks like “Jumping Someone Else’s Train”, and their post punk Locomotion, “Grinding Halt” (which also leant its name to the local Fanzine) seemed to suggest that The Cure were just another fun post punk pop band that we could expect more energetic hits from.

Enter the second album, 1980s Seventeen Seconds. Immediately, the people from the neighbouring boys school became completely entranced, and Cure-mania  rocketed to new levels of popularity. Hair was allowed to grow, the local library was inundated with requests for Albert Camus novels, the High Street saw a swift uptake in sales of hair gel, and even eyeliner began to feature on the faces of these lovestruck teens. The “Zep” moment at parties had now been entirely taken over by endless plays of “A Forest”, a track that now was listened to with all the hush and reverence previously reserved for “Stairway to Heaven”. It was one of those sit down in the dark records. 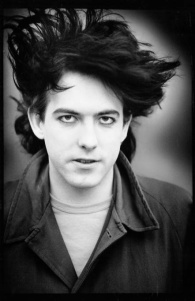 Local boys even started talking like Robert Smith. Not that any of us actually knew how Smith actually spoke, but the inflections and cracks in his vocal delivery on records, started to punctuate their everyday speech patterns. Devotees were now lost in an almost matching maelstrom of self inflicted despair, black clothes, flanger pedals and an unspoken massive boy crush.

By the third album “Faith”, things had got even more serious. From the opening bars of extra sad bass playing, to song titles like “The Funeral Party” and “The Drowning Man”, “Faith” completed its look arriving as it did, all wrapped up in a grey toned, washed-out cover. It was weapons grade post punk doom.

Dicing with my own social life, and after the release of “Pornography” it was finally time to admit out loud that I’d had enough of Robert Smith and his miserable, whiney, impenetrable drivel. I was done. I was out, and by outing myself as “not liking the Cure”, I feared that I was somehow no longer a proper member of the gang.

At about the same time, but in a different bedroom, this one in Crawley, Smith himself  had also stopped liking The Cure, and for similar reasons, in 2004 he told Rolling Stone “I decided to be a pop star [laughs]. When I took “Lets Go to Bed” to Fiction and played it to them, it was like silence. They looked at me, like, “This is it. He’s really lost it.” They said, “You can’t be serious. Your fans are gonna hate it.” I understood that, but I wanted to get rid of all that. I didn’t want that side of life anymore; I wanted to do something that’s really kind of cheerful. I thought, “This isn’t going to work. No one’s ever gonna buy into this. It’s so ludicrous that I’m gonna go from goth idol to pop star in three easy lessons.”

The Cure are like a complicated friend. Sometimes up, sometimes down, and with an up/down back catalogue to match, they can never be described as boring. Songs like “Friday I’m in Love” are so up, that they make the Lightning Seeds sound dour, while both “Pornography” and tracks from “Disintegration” come from somewhere much darker. These days I have a new appreciation for Robert Smith, the anti glamour hair and lipstick thing, the humour, the deadpan interviews, all brilliantly mismatched to give The Cure a character all of their own. Smith contnues to play the music, but he still doesn’t play the game, and despite The Cure’s status as Hall of Fame stadium rockers, Smith’s still more comfortable as one of rock’s outsiders. A bit like someone from one of those Albert Camus novels….

4 thoughts on “Surviving The Cure”