Well, what can we say?

The danger of writing about David Bowie is that hundreds of people may correct us, disagree with us and be all-round snooty because our knowledge about and love for Bowie doesn’t match up. We’re not entitled to comment.

And I apologise for that, but here goes anyway. 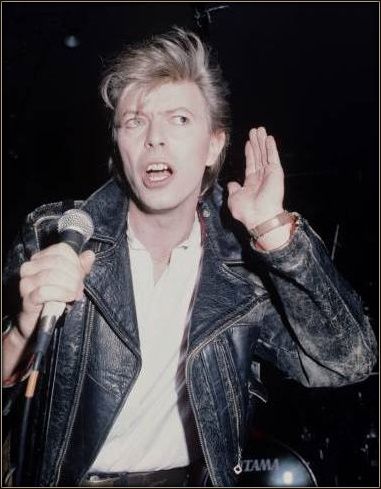 David Bowie sold over 140 million albums between 1967 and 2016. He’s considered to be (one of) the most important and influential musicians of the 20th century. Bowie’s continual reinvention over more than 50 years has pulled in admirers worldwide and created a sense of reverence about his body of work. By the time of his death, so stylish and macabre two days after the release of Blackstar, David Bowie was mainstream high culture and his genius a cultural truism. The cool girls were the ones who loved David. It was just David then; never ‘Bowie’. He was a teen pin up in magazines such as Fabulous 208, Mirabelle and, of course, Jackie, but these girls fascinated me because they didn’t just fancy Dave, they talked about his songs and what they meant. They discussed the minutiae of his life as they read about him. Being a David fan was different from being, say a Bay City Rollers fan because you were not just a screaming girl – you were an intelligent convert. Whilst waiting for a maths lesson, the cool girls would get out a copy of a Bowie LP and read the lyrics to us all, nodding and mmmm-ing in agreement. As a less mature nobody within the class (who used to like the Bay City Rollers), I learned a lot about being cool without having particularly heard the music, and this came in handy once I became a punk.

Bowie’s legacy to punk was the thrill of the unpredictable. Yes, the early bands stole some of the art-school posturing and power chords, but it was mainly the style and ballsy attitude that punk inherited. Not many punk bands attempted David Bowie covers, but London band, Eater were obviously fans.

David Bowie produced some remarkable music and had a profound impact with his androgyny and bisexuality. I love him most for having ultra-cool Gail Ann Dorsey as his bass player.

Here’s an interesting blog that gives more detail about the link between Bowie and punk:

1 thought on “Preparation for Punk #13 Bowie”