I wasn’t born a rebel. Punk made me a rebel at the age of 15. Traditionally, rebels have always been men – I’m not talking about religious dissenters or political campaigners here – This is about rebel as cool.

James Dean is the archetype, but as a TV fan in 1977, The Fonz was the nearest I got. The rebel seemed to be an American boy, dropping out of school, travelling around, being an irrepressible chick-magnet who didn’t care what anyone thought.

To interpret all that in an English context seemed impossible – until the Sex Pistols came along. In an instant, it became clear that being a rebel was about wearing shocking clothes, dealing in short bursts of loud rock music and having no respect for any of the British icons and traditions that primary school had brainwashed us with.

But for a girl to be a rebel? That was something different! There were a few people like ‘Naughty Sarah’ at my school who would never sit still and argued back at teachers. She wore the massive knot short tie that says ‘I’m a rebel’. Sarah had always been ‘a problem’ – she couldn’t control her moods or outbursts – and her life alternated between arguments and sitting looking pissed off.

I think that some of the original punkgirls were of this type – girls who really didn’t care; who didn’t fit into the mainstream world, or who had conditions that nowadays would have a label – ADHD, ASD, PTSD and so on…

But what punk harnessed was rebel as creative, which is where bored snoozing teenagers like me woke up and decided to join in. I didn’t need to have a life that consisted of homework, helping with the washing up and watching American TV. I could form a band, I could hang out looking (mildly) threatening, I could wear challenging jumble sale clothes and I could be distainful about anything or anyone.

My parents thought it was a phase; my dad in particular made lame jokes about my clothes and the bands I watched on Top of The Pops. They weren’t keen on me hooking up an old reel to reel tape recorder as a makeshift electric guitar amp or the patchwork of pictures stuck up with selotape and then blu-tac. 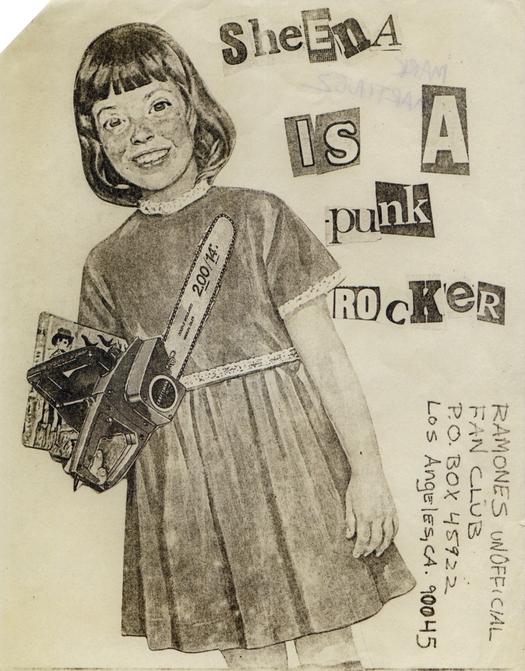 But it wasn’t a phase. I’ve never grown out of it. The mood created by early punk has led me to question, to argue, to be bloody-minded and unconventional for my whole life. Rebels can be girls….. rebels can be women over 50. Eventually there’ll be old people’s care homes where the Thursday entertainment won’t be ‘songs from the war’ but maybe a bit of Siouxsie and the Banshees or The Clash. They’d better do it, or I’ll be kicking up a fuss!