Since starting this blog on January 1st 2018, tonight we reach our 250th post…so what have we learnt so far?
Polly – I’ve learnt that it can be both fun, but also hard work trawling back through the music and the ideas of teenage-hood. Also what might be “Punk” to some, is not really “Punk” to others; having the right hair or the right clothes, the right records and the correct ticket stubs, the endless semantics. I’m no longer even trying to sort it all out or categorize it anymore, it’s the whole glorious mess of it that now fascinates me, and I’d like to think that we’re shedding some new light on old stories, Punk was never about nostalgia anyway.

Ruth – I’ve learnt that relatively few women read blogs or do internetty stuff compared with men, even when the subject matter is female. I’ve begun to appreciate the impact that Riot Grrrl had in the 1990s and since, and how that has driven interest in earlier female punk bands like the Raincoats. The 40th anniversary of punk was a great opportunity to get artists like The Slits and Poly Styrene recognised – but there’s still the tendency to be overlooked in favour of the boys’ bands. I have learned that I can be disciplined, creative and can enjoy writing whatever mood I’m in after a long day at work. Sharing the load with Polly has worked really well and we have encouraged each other and made suggestions. What’s also remarkable is how everything has changed. Things that were everyday boring facts in 1978 now seem amazingly interesting because we don’t do it like that any more. Not nostalgia; more social history, I say.

Punk Girl Diaries started off as an idea, a bit of a dare really – Could we really write about almost anything that connected to Punk ? Every day? For a whole year?…. but that’s pretty much what we’ve stuck to.

From our slightly side-ways but hopefully informative profile pieces on punk girls, punk places, and being a teenager in the UK in the late 1970s, to our more left-field flights of punk girl imagination.

So what have been some of our favourite posts?

Polly – Learning about some of the lesser known aspects of our featured people and places, and then the best thing, is being able to tie these little nuggets together into a more cohesive narrative, like the recent It’s Different For Girls post. I’ve also really enjoyed listening to and writing about girl bands like Defiant and The Gymslips, and I’ve even shared email conversations (not very retro!) with punk girl heroes like Holly Beth Vincent and Stef Petticoat. However it’s probably Ruth’s contributions I enjoy the most, especially the thrill of reading her takes on seemingly trivial matters, which she combines with her ruthless attention to detail. It makes for great reading, concise and well constructed, with plenty of room for observational asides. If you want to delve, check out Pop Chart Corruption, Set Lists or School Theatre Trip featuring Joy Division – all classics. 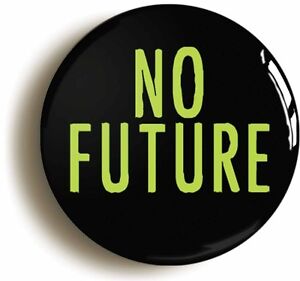 Ruth – It’s weird that you’ve said that, Polly, because I like your posts best. I think it’s a bit like the way you enjoy a meal more if someone else has cooked it. I really liked the one about you going on holiday with Julianne Regan Holidays In The Sun . I didn’t really know very much about the Bromley Contingent when we started, so your posts on Soo Catwoman – the First Punk Girl Icon ,   Soo Catwoman – Part 2    ,  Debbie Juvenile  and Helen Worthington-Lloyd  were of particular interest. I hope that we can do more new interviews before the end of the year, because I really want to ask these women some different questions to the normal ones. Of my own posts, I do like the process of researching and shaping the writing, but the punk in me enjoys being a bit controversial – like when you write something that some people might not agree with like Jealous of Kate Bush was a recent one. It’s also very pleasing when lots of people comment on your posts or add their own thoughts – like with Punk Badges

With another 115 posts to go, we’re not finished yet. If you’ve got any punk girl stories to share, we’d love to talk to you, and much as we’d like to have a PO Box number and a long-winded system requiring the sending of an SAE, a postal order, and the filling out of a photocopied form….. instead you can simply get in touch with us – Polly and Ruth – at punkgirldiaries@gmail.com or follow us on twitter @punkgirldiaries