Here’s a fascinating rehearsal video from 1979. It’s Chrissie Hynde’s band, The Pretenders, rehearsing ‘Brass in Pocket’. The sound is magnificent, the playing spot-on, but watching it, I am captivated by Chrissie Hynde’s fingers.

Those are true guitarist fingers! Look at the length of them! Those of us female guitar players who seek out narrow-neck telecasters that fit our little chipolata-hands can only be envious of such long digits. And see how she smokes through the song? A tactically placed guitar solo acts as a fag break for the singer. Chrissie Hynde was always a punkgirl to watch, but her personal style and the statements she has made put her in the premier league. 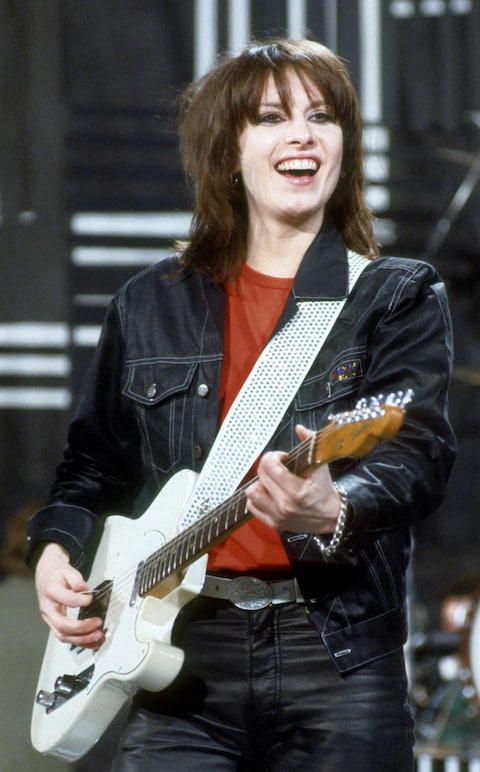 Chrissie grew up in Akron, Ohio and was drawn to live music from an early age. Her interest in the UK music scene led her to move to London aged 23, where she seems to have gone straight into the proto-punk scene. She wrote for the NME, worked at Malcolm McLaren’s SEX, auditioned for and planned potential bands with Mick Jones, Steve Strange, Soo Catwoman and Dave Vanian.

Hynde would have been Mrs Sid Vicious, if the registry office had not been closed for an extended holiday. She was trying to get a work permit. Originally John Lydon agreed to the marriage of convenience, but when he got cold feet, Sid offered to take his place. But the closure, and Sid’s later court appearance prevented the marriage from going ahead and in 1975 Chrissie left for France and then the US. But not for long …

“I left everything I had in France at the beginning of 1976,” she told writer Jon Savage. “I could smell something was happening in London. When I saw the Sex Pistols, I remembering thinking London was the thing.”

Back in London, Chrissie was desperate to join a punk band. It was the era of bands like Siouxsie and the Banshees forming one day and performing the next in a spurt of DIY confidence. But Chrissie Hynde had no opportunities to just get up and do it:

“My heart was breaking. I wanted to be in a band so bad. And to go to all the gigs, to see it so close up, to be living in it and not to have a band was devastating to me. When I left, I said, ‘Thanks a lot for lettin’ me come along,’ and I went back and went weeping on the underground throughout London. All the people I knew in town, they were all in bands. And there I was, like the real loser, you know? Really the loser.”

But this lack of rushing in is probably what made Chrissie Hynde the ultimate winner that she is. After giving a demo tape to Dave Hill, who was planning on setting up a record label, she followed his advice to take time getting the band members right and working on the songs. Around this time, the first phase of punk also began to develop into a more new-wave sound. It was more commercial and definitely had more potential for Chrissie’s band to be a more long-lasting mainstream rock act. 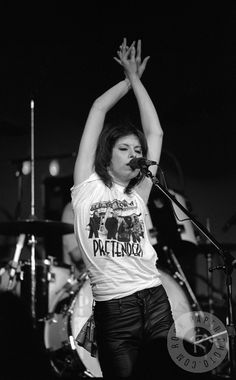 In ‘Brass in Pocket’, Chrissie sings

and from the early days’ classic line-up of The Pretenders, right up to Chrissie’s clean cut non-smoking more recent collaborations, those fingers and that imagination, coupled with her terrific voice are worthy of a punkgirl shout-out salute. Chrissie, we simply adore you!