These days everyone my age seems to adore Kate Bush. Agreed, she’s been innovative, creative, has broken records for what women in music have achieved and unlike so many, she’s made it through to her 60th birthday. So many happy returns today to Kate Bush.

People speak to me assuming that I know all Kate Bush’s recordings, her past history, her personality – because I’m one of those women who really likes music. But I never got into Kate Bush’s music; I was busy making my own and her world seemed so far from mine. Now I feel that I should maybe go back and explore her music because she’s a female songwriter, and those punk prejudices were a little unfair – weren’t they? 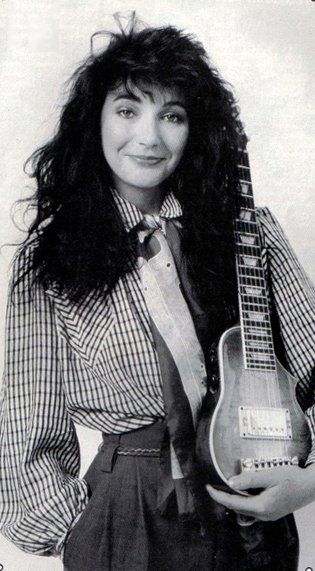 Before punk, many women in music had that ethereal mystical wail combined with the paradoxical image of ‘I’m delicate/I’m tough’. When I first heard Kate Bush, I thought that she slotted straight in there with Joni Mitchell.

When ‘Wuthering Heights’ came out in 1978, I thought it was unusual and clever. We were also doing ‘Wuthering Heights’ at school for ‘O’ Level English exams; I much preferred ‘Denis’ by Blondie, which was out at the time and proved better to dance to. At the village discos I used to go to, they’d put ‘Wuthering Heights’ on at the end to clear the floor, but everyone would start doing exaggerated Lyndsay Kemp style ballet-mime. It didn’t look to me like they adored Kate Bush then – they were taking the piss.

What I liked about punk was that it swept away the prog rock reverence for genius musicianship, arty-farty shows and the link with serious worthy concepts. Punk brought in fun, have-a-go, fuck the system, equality and innovation. In this context, it seemed impossible to like Kate Bush and The Slits at the same time – well, unless you were a bloke, I guess. 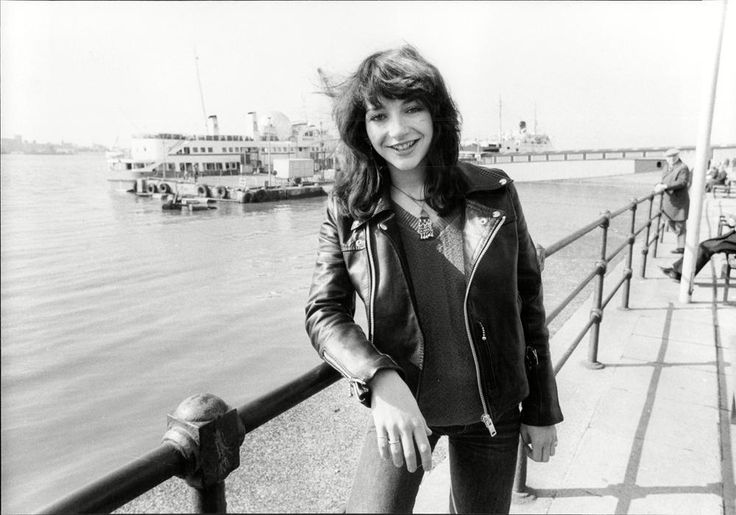 But in the years since punk, I’ve still not even bothered to explore Kate Bush’s work, despite the music papers and the mainstream press giving her gushing coverage, whenever a new album popped up. However, I’ve acknowledged her as someone with great talent, facing the usual problems that women in music have faced:

“People weren’t even generally aware that I wrote my own songs or played the piano. The media just promoted me as a female body. It’s like I’ve had to prove that I’m an artist in a female body.”  Kate Bush

So on Kate’s 60th birthday, I have to consider, am I jealous of Kate Bush?

Yes, I wish I’d grown up in a country house with barns, musical parents, two older brothers who got me in their band and people around me who enabled me to make contact with record companies to get signed up aged 17. It would have been nice to have creative freedom and time to explore art in all its forms, to work with the most accomplished musicians in the world and have everyone listening to you, interpreting your vision and receiving acclaim over so many years. It would be nice to have the security of money and family and to not have to get up to go to work at 6am every day.

But also, no I’m not jealous.

There’s the thing about actually living your own life. As a young musician,  Dave Gilmour of Pink Floyd  did the five years ‘paying his dues’  with little recording projects, collaborations, busking in France and Spain, getting into fantastic scrapes and having no money at all. When Dave Gilmour subsequently helped Kate Bush to gain a retainer contract from EMI, aged 17, he prevented her from having this period of youthful insecurity in her life, but also the maturation, self-relience and wisdom that comes from it. Kate was also thrown into the role of being a musician with no way out  – apart from becoming a ‘retired musician’. When you read the autobiographical writing of Viv Albertine of The Slits, you realise that a lot of punk girls were having precisely the kind of life experience that Kate Bush sidestepped with early fame. So, all my friends love the changing musical art of Kate Bush that they grew up with – the one whose writing talent was recognised and nurtured from an early age and who is acknowledged as an eccentric, special artist. But what would Kate Bush have been like with a few more years of trying in vain, having no money, making a much wider circle of friends, contacts and enemies even? Would that have destroyed her, strengthened her or made her music even better? We can only guess.

Happy birthday KB! Health and happiness….. and I will now listen to your music with grown-up ears.

6 thoughts on “Jealous of Kate Bush”