Susanna Hoffs is a musician who understands the elements that make great music. She says that the early version of the Bangles – The Bangs (pictured above in 1982) – came together because of a shared love of the Beatles. But at the same time, Hoffs was obsessed with punk, and wanted to get that defiant creative energy into her band.

Susanna Hoff’s mother was a pioneer female film director/writer/producer and Susanna had acting and production jobs as she was growing up. Hoffs describes how seeing the Sex Pistols and Patti Smith play live made her determined to be a musician. 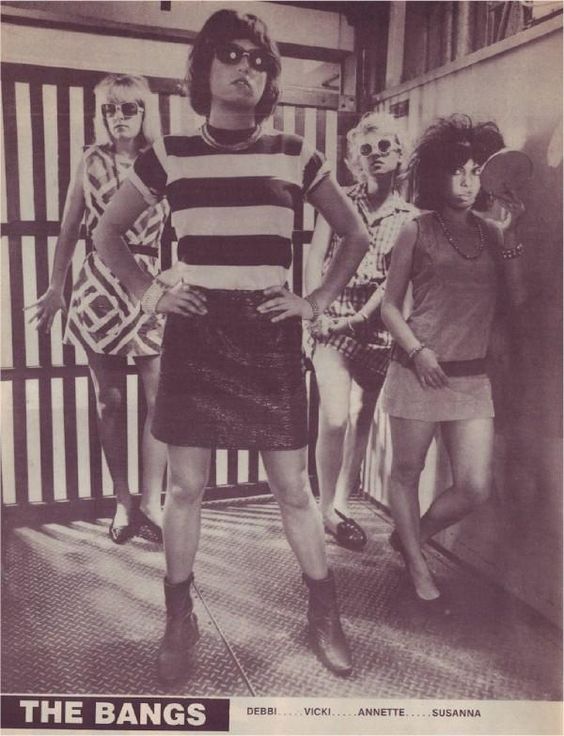 “I actually saw the last ever Sex Pistols show at Winterland in San Francisco because I was in college across the bay at Berkeley, and then I saw Patti Smith…… It was really that movement, which was very much rebellious, that made me want to be in a band and made me think it was even possible. It was like, getting that Ramones record and realizing, “Hey, I know those three or four chords they’re playing, I could put down the acoustic guitar and grab an electric guitar and kind of make that sound!” It was kind of mind-blowing for me, at the time. So, The Bangles were very… we had a lot of attitude. We were pretty tough little girls back then when we started the band.” interview with Mike Ragogna 2011

Susanna Hoffs chooses her top 10 punk albums for Music Radar blog. And her choices are spot on; the core punk, the pre- and post-punk slices of brilliance chosen show Hoffs has been driven by punk. Here’s what she says about LP number 2:

“This record changed my life. Interestingly, when I first heard it, I didn’t know if I liked it – it was so raw. But then it clicked, and I was drawn to the intensity of Patti’s voice and her poetry. I realized that I was hearing a true original.

“The way Patti tapped into her pure emotions and her deep love of art and words in such a bold, individualistic manner, it was overwhelming. This album was so inspiring and liberating. It made you dare to follow your dreams. On Horses, Patti was on a real journey of expression and discovery – and once you let her in, she set you on your own journey.”

As a student at the University of California in Berkeley, Hoffs says that punk hit her like a shot. “I grew up on pop, and I’ll always love pop, but to have this new form of expression bust down the doors – there was no way, if you were truly open and aware, to ignore it. It was so refreshing, but it was also dangerous. The danger was part of the attraction.” 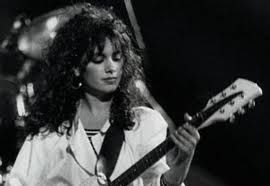 There are lots of websites and blogs where you can read about The Bangles, their performances and releases as well as Susanna Hoff’s success as a songwriter for other bands. What interests us particularly, is Hoff’s link with Rickenbacker guitars. The company even issued a Susanna Hoffs model of the 350, which she customized herself.

In this interview with Vintage Guitar Magazine Susannah Hoffs explains how her custom Rickenbacker had a 3/4 sized body with a full length neck. Similarly, her later signature deal with Taylor guitars came about after she found the small koa wood K22 suited her small stature. Maybe guitar companies ought to take more notice of this potential market sector.

Susannah Hoffs might not have made raucous or experimental music that challenges your ears, but she clearly has punk attitude and we love the fact that she’s transcended that boys’ guitar club. Susanna, we salute you and would quite like to have one of your Rickenbackers one day!

2 thoughts on “Susanna Hoffs – from punk to pop”