I used to get really annoyed years ago when people used to refer to Debbie Harry (the woman) as Blondie. It seemed to be a particular trait of young boys – especially my younger brother. These 13-year-old lads, who had, apparently little interest in music, suddenly became Blondie fans. By this, I don’t mean that people like my brother listened to Blondie singles and LPs. No, I mean that they bought the posters in Boots and sellotaped them to the walls. Why? Because blu-tack wasn’t widely available. Harry herself recounts an early encounter aged 11, when on vacation in Cape Cod. She and her cousin put on lipstick to hang out in town, where they picked up two older guys These men (apparently ‘very famous musicians’)  walked them home and called back at 11pm to take them out for a date, by which time:

“Our mothers had put us in pajamas and told us to go to bed… you should have seen the faces of these two guys when they saw these two little kids there, without lipstick.”  Blondie: Parallel Lives

Because lusting after schoolgirls was an everyday pursuit then, and doing a ‘baby girl’ shot where the dolls have been tossed aside to concentrate on another interest is not even worthy of the semiotic analysis that I’m holding back from. 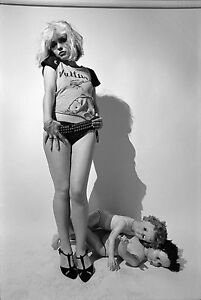 In the autobiography Making Tracks: The Rise of Blondie, Debbie Harry recounts how she was a useless cheerleader:

“They had me twirling and dropping the baton for the bending over aspect. I was there for the pervert fathers. Looking at my underpants!”

before working as a Playboy Bunny for nine months.

Punkgirldiaries loves Debbie Harry, and feeling sexy is a wonderful human thing. But all of this narrative is targeted at boys, men and their world view. Debbie, we’d love to understand it all from a 2018 perspective. 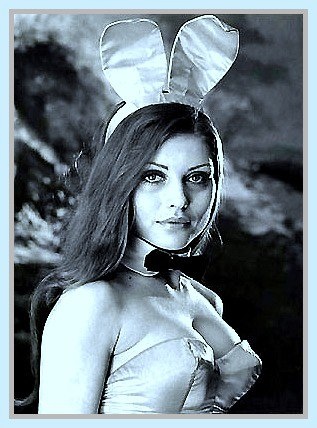