The spirit of punk – the do-it-yourself, don’t be boring, don’t be dictated to ethos doesn’t fit well with the legal world. For decades, the music business has been tied up with contracts, agreements and reams of paperwork that mean that you can’t just do what you like, when you like. If you have signed a contract to say that you will produce two albums with ten songs on, then that’s what you have to do. 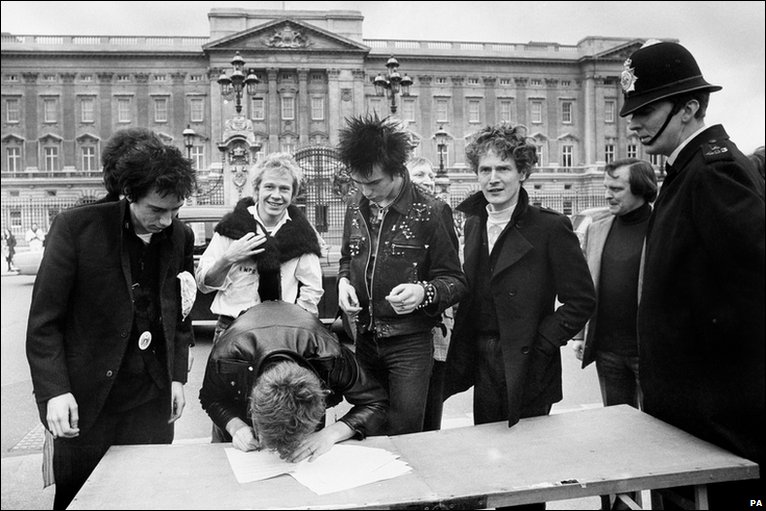 But, though you may have to do this particular task, there might just be some creative elbow room to show your dissatisfaction, your disrespect and, frankly, your mooning ass at a record company which forces you to produce on demand.

The two best examples of this are The Sex Pistols with the song ‘EMI’ and Nick Lowe’s ridiculous ‘Bay City Rollers, We Love You’. Here’s the Pistols playing EMI live in San Francisco – a song that fulfils legal obligations whilst slagging off the corporation itself.

“I recommend a lousy record company every time you run out of songs…..the material is glorious. It’s one of my faves of the lot.”

Nick Lowe is a well-respected veteran as a new wave songwriter and producer. (The Damned, Elvis Costello, Wreckess Eric and many more). Initially signed to United Artists as the songwriter with the band Brinsley Schwarz, Lowe wanted to move to Stiff Records but was obliged to come up with another recording for United Artists.  He soon hit upon a way to record a terrible record, under the name Terry Modern, probably using some members of The Damned to play on the recording. 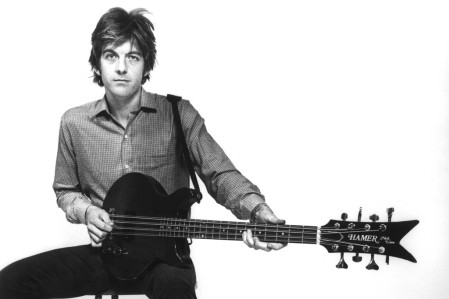 He desperately wanted out of the contract so he could pursue his own things and puzzled about how to do it he decided to submit some really bad records to UA. Lowe recalled “I couldn’t be obvious about it by turning in Country & Western songs with sitars [not a bad idea!] … so I decided to make one of those fan type records like in the ‘60s …. at the time there was no escaping the Bay City Rollers they were everywhere! So I wrote this stupid little song. … I recorded it and it was actually the very first thing I’d done all by myself.

At the time, The Bay City Rollers were a popular boy-band and Lowe presented the supposedly disastrous song to his label, only for it to go on and be a top hit in Japan!

Oh, I’m so proud of them up here
We’re one big, happy family
I guess you could say I’m the poor
Relation of the parent company
They always ask for lots of songs, but no
More than 2:50 long, so I write ’em some
They never talk behind my back and they’re
Always playing my new tracks when I come along

Nowadays fewer bands, songwriters and musicians have that sort of contract; they say that the only people making money out of music now are the lawyers. Oh, and maybe the labels re-issuing material from long ago with no recording costs. Punk Girls – check your back catalogue!