Born on 16th May, Rachel Bor is the guitarist/vocalist in seminal all girl band punk-pop-post-punk band Dolly Mixture. Formed in Cambridge in 1978 by school friends, Debsey Wykes (bass and vocals), Rachel Bor (guitar and vocals) and drummer Hester Smith. Dolly Mixture went on to provide a quirky but essential counter-balance to some of the angst, anger and very long coats that were still permeating the post-punk narrative of 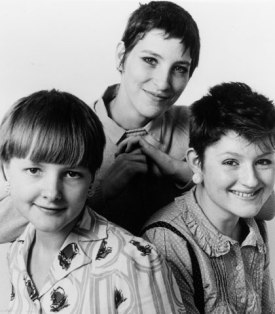 many of their contemporaries. Known for their good humoured, sometimes chaotic shows, their lightness of touch belied their sophisticated song-smithery. In their jumble sale skirts, Dr Martens and berets, they spawned the first of the post-punk Indie girl looks all the while combining Punk’s DIY ethic with a stream of catchy girl-centric, teen-angst anthems.
Rachel’s playing gave girls like me the sort of target practice that I was yet to find evidence of in the local guitar shop, and became a touchstone reminder that there was more to playing the guitar than being able to chug through “Smoke on the Water” or the intro of “Stairway to Heaven”. Finally a guitar hero I could relate to. Rachel drew from everything that had gone before, and gently took it into the future. 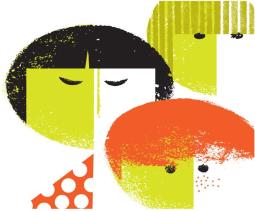 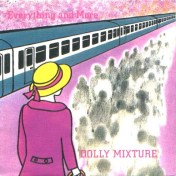 Dolly Mixture, like most of their listeners had grown up listening to Top Twenty radio, leftover 1960s pop and later on, the punk bands who had already provoked the bloated dinosaur music industry to spectacularly blow up in its own face. All these influences combined to give Dolly Mixture a unique ability to write touching, sometimes cutting, but inevitably infectious pop songs, which, in time would go on to form the bedrock of an entire up-and-coming genre.

Dolly Mixture stopped playing together in 1984.