Skip to content
Punkgirldiaries is pleased to publish a new interview with Victoria Yeulet. She’s a  great and fascinating  example of exactly why we wrote this blog – Victoria is a woman who was too young to be part of the first waves of punk, but who has been influenced by punk musically, in personal style and attitude to life. Yeulet describes herself as a feminist activist, musician and music historian. She now has a personal and academic interest in older popular and traditional forms of music and has been involved with film, radio and writing in various forms, including ‘Women Make Noise – Girl Bands from Motown to the modern’. Many punk fans pay attention to Victoria Yeulet because she’s the only female to have played in iconic punk band The Television Personalities. 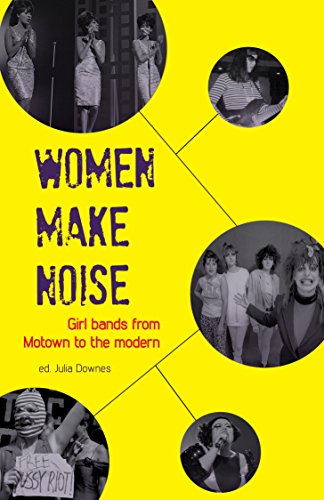 There were loads of smaller shows around that time, a real community built up with everyone who wanted to put on shows, Upstairs at the Garage became a place that lots of people put on nights- tons of bands I would never remember- but good stuff was always stuff involving Delia Sparrow who has been in a million bands over the years and was someone we always admired, she always had numerous things going on, always good to see, and always a great person to be around. Country Teasers I remember seeing that my mate put on around my birthday and made a birthday thing of which was cool cos they were really great that night. I also went to bigger shows like I saw the Ramones when I was very young, but mainly it was a lot of smaller bands from London/ Glasgow/ Newcastle/Manchester especially I remember. Heavenly, and bands associated with them. Lungleg, The Yummy Fur and The Male Nurse will always be stand out bands and shows from the era, they were the best of what was happening in the UK really,plus Comet Gain we had missed Huggy Bear and the Phantom Pregnancies live but we were really into that and The Medway girl bands- Delmonas, Headcoatees etc and Billy Childish, those were always good shows. A lot of US band like Make Up everyone used to see, Fugazi. I was lucky that the girls I was mates with and doing zines with were also really into film, so we liked all the bands who did stuff that referenced that too, we were big into our French New Wave, and British Kitchen sink etc at that time.
PGD What was the first record you bought?

I do not know this, as a kid I bought tons of 7″s and used to collect Bananarama
Punk records I’m not sure probably Ramones and X-Ray Spex
PGD: How did punk influence you at the time and since?